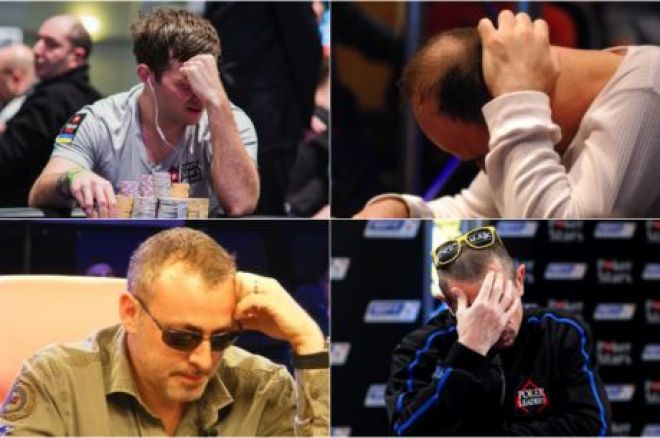 Poker is a game for people and not robots. As a result, some feelings and emotions cause them to behave in certain illogical and predictable ways. Over a while, good poker players develop technical skills that serve them well on the table. Some of the skills include value betting, hand reading, and bluffing, among others.

With these skills, players can maximize their winning chances while making the best decisions at poker tables. Follow this guide to know more about the essential mental attitude that can help you win more poker games.

Poker involves both skill and luck.

This has generated constant conversations in the poker world. While some might believe poker exhibits one of these traits, others affirm that both luck and skills are needed for poker. As each hand is dealt a new start, the winner of the hand emerges at random. Besides this, the cards you and your opponents receive – as well as the community cards – are random for any hand.

Other than trying to get his opponents to fold, a skilled player has no control over increasing their chances of winning the hand. Yet, by careful assessment, some hidden skill elements are revealed. The best poker players do not obsess about winning most hands. Rather, they try to win the most money. Since every hand only has one winner, you should pick your spots carefully while playing the hands where you know you have an edge.

By trying to win all the hands, you will eventually lose a significant amount of money in the process. As a result, better poker players often win fewer hands, but win the most money. This aspect of the game makes it look like a game of luck. However, there are elements of skill required, especially when making decisions. Poker players must assess the clues that are available to them.

Since judgment is needed, errors are bound to happen. As a result, there is naturally a skill element involved.

Besides this, understanding how bonuses work can also be healthy for your winning chances. The bonus code at Bet365 is available now and players can combine this with their poker knowledge to improve their results.

In the short term, luck is king.

While poker has been established to be a game of both luck and skills, it can prove very difficult to identify the skill element in the short term. Winning a pot either requires having the best hand at a showdown or forcing your opponents to fold.

However, once you get to the showdown, it does not matter who has the best skill, but who holds the cards. Simply put, the outcome of an individual hand is due to luck

It is less likely you get extreme results the more times you repeat a random event. According to mathematics, this is regarded as the law of large numbers, which has relevant consequences in the game of poker. By playing more hands, the luck factor gets eliminated, leaving skills to determine the results alone.

However, there is no specific number of hands that negates the effect of luck. We can assume that a player can start realizing profits after 100,000 hands, but this is not even certain. It could be after 100 or 1,000 hands. Yet, what is important to note is that luck becomes less of a factor by playing more hands.

People often wonder what percentage of poker involves luck. Well, it is difficult to place a certain number on this. However, as explained earlier, playing poker in the long term is 100% skill. This is because as you keep playing poker, the math involved plays itself out and its role in the game becomes less significant. In other words, the more the volume of hands you play, the less the impact of luck on your win rate.

Poker is one of the most popular casino games in the world, thanks to the fact that it is a game of both luck and skills. Combining these elements perfectly will improve your gameplay and boost your winning chances. In the short term, luck plays a more prominent role in the outcome of results. However, the element of luck is eliminated and skills have more influence in determining the results.

What are the best online casino sites in Michigan?

5 Strategies To Play And Win At Three-Card Poker